Posted by No Schedule Man

I’ve seen a common theme from the clients I’ve visited over the past while: good people that are strapped for time, finding it a challenge to engage more of the right people to help grow or get the most out of their business.

And when I say, “the right people,” I mean much more than just employees. Opportunity is everywhere for those who are willing to look.

I know from experience that when you own and operate a small business, you live, breathe, eat and sleep all aspects of it. It truly is all-consuming. There is very little that is glamorous about the lifestyle. It is a grind. There is no moaning about “the boss,” because you’re it. There is no room for leaving things undone, because you’ll only be leaving them for yourself to deal with later. Sure, you may have employees, but just as you may depend on them to help with the day-to-day operation of the company, they depend upon you for literally everything else: leadership, work environment, training, safety, compensation, structure, opportunity, direction and so much more.

Beyond that is a web of other service providers crucial to keeping a business on track: accountants, lawyers, inspectors, bankers, landlords, government and city representatives and supplier reps, among others. 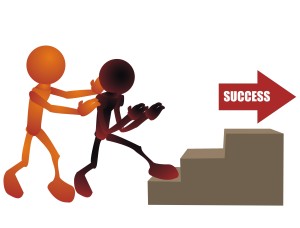 Find the right person who really understands you and your business in one of these roles, and you can get a lot of things done. But the wrong person can often hold things up, and even grind certain processes to a full stop.

Typically, the “right person” has empathy and understanding for others and their reality. They are proactive, resourceful and resilient. They take 100 percent responsibility for themselves. They present solutions instead of problems. They look for a win-win scenario in every situation without fail. And, like anyone else should, when they realize the scales are tipped into a win-lose proposition for either party, they keep to integrity and move along. 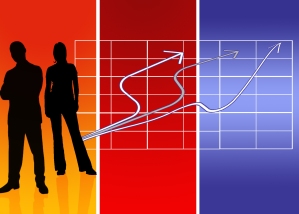 In order to carry forward in business, we must rely on other people. No one can get the train up the hill by themselves. But you have to find the right people. And you also have to be willing to move on without the wrong people. Have the trust in yourself to know the difference, and the discipline to act upon it.

I see it almost every day: there are so many good, hard-working entrepreneurs out there driving our economy and looking for help in all aspects. They need more of the right people in their world. Can you be one of them?

In all cases, there is more opportunity out there than you may think.

Posted in Bulmer on Business, Uncategorized

Posted by No Schedule Man

As the grip of this relentless winter starts to slowly let go, I can’t help but recall one of the coldest, most challenging projects of my career:

Back when I was General Manager of that half-mile stock car track, the people I worked for thought it would be a good idea to try and create another event in the wintertime.

Part of the reality of a “seasonal” business is that you only have so many chances to try and put money in the bank. You’re not open fifty-two weeks of the year like most businesses. At best, we had around 30 – 40 dates annually to bring in revenue (in other words, we would go 325 – 335 days of the year without any actual event). That’s daunting, and not an especially comforting business model.

Still, we understood this and so we worked our tails off year-round to supplement that trend by strategically trying to spread out the flow and timing of other forms of revenue, such as: annual banquet, driver registration and membership, event and race division sponsorship renewals and deposits, billboard advertising renewals, and season ticket renewals.

But the bulk of the revenue came from ticket and concession sales and sponsorship directly associated with a race. So it was decided a winter event was a good idea.

And so, in the winter of 2005, we set  about the task of dumping snow on our race track.

The concept of Snowcross was to turn the track into a venue that people could visit in February. Instead of watching stock cars on the asphalt, they’d watch snowmobiles on (and above) the snow. Think motocross hills, but with snow instead of dirt and snowmobiles instead of motorcycles.

Sounds neat, right? I agree! But I wish it had been hosted by somebody else.

And here begins the lesson in this story.

For starters, the possibility of conducting this particular event required snow, and lots of it. So the first challenge was to find approximately 400 truckloads of the white stuff and deposit it on to the front straightaway of our race track, and on top of pit road. Say that out loud and see how it sounds: “Let’s take our race track, which has not been resurfaced for roughly 30 years and which we depend upon for the very existence of our business, and let’s drop 400 truckloads of snow on top of it.”

We had no way of knowing whether we would even get enough snow or cold temperatures in the area to make it happen, let alone how we’d get the snow to the race track. We could well have done all the work to prep for the event and end up not having it happen. On top of that logistical challenge, we were also faced with the reality that our facility was never meant to be used in the winter. There was no heat in the concession building or ticket windows, nor in the announcer/scoring tower, washrooms or hospitality lounge.

In addition, we had to try and figure out how to staff the place for just one day, how to find and activate sponsorship (the event really couldn’t be very profitable without it), and how to advertise and market it. Preparing for the upcoming stock car racing season came to a temporary halt.

Despite all those challenges, lo and behold, when the day actually came, we somehow were ready to host a legion of snowmobile racers that were going to jump over hills and amaze and entertain us.

I will never forget that day. It was frigid. I believe the high reached about minus fifteen Celcius. Before we opened the gates to spectators, I was troubled with how much ice was caked all around the facility. Parts of the grandstand steps – already crooked and uneven at best – were icy. The walkways: ice. I furiously tried to put as much salt down as I could before actual paying customers came in. I remember worrying that someone would get hurt.

Amazingly, no one did get hurt, though we came within an eyelash of a disaster in the parking lot. A number of vendors had created a “tented village” along one part of the fence inside the facility. Unfortunately, someone had decided to tether all of the pop-up tents together, and when a strong gust of February wind arose, the tents all went with it, flipping up and over the wall separating the track from the parking lot like a cross between dominoes and a giant snake, barely missing a hydro line that ran above that fence. I can recall with exact emotional clarity how I felt at that moment: I wondered what I was going to see when I went into the parking lot, fully expecting to discover a series of smashed windshields and scraped-up hoods. I knew there was no way those tents could not have fallen on top of the cars of some of the customers from that day.

But they hadn’t. They missed by inches. I couldn’t believe it.

By the end of it, people that attended did seem to have enjoyed it. The folks that ran the Snowcross organization were lovely people and nice to work with.

But, ours was a 50-year old stock car track, made for the summer, not for a snowmobile event in the winter.

All told, financially, the event did a little better than breaking even. But the true cost would not be clear until much later.

Four hundred truckloads of snow do not melt quickly. Nor is it clean, especially when you’ve had racing machines running on top of it. Much of it was trucked in from places like shopping mall parking lots. As it melted, we began to see the sheer volume of garbage, salt and filth it carried with it. It literally turned black as winter turned to spring. And it reeked.

Pit crew members of race teams stood on top of hills of blackened, stinking, rotting snow hills during the first couple of open practice sessions for stock car race teams that spring. It was a sorry sight. If the race teams were upset about it, I wouldn’t have blamed them one bit.

As time went on, the physical effect of that event left real consequences for the track owners. In short, dumping all that filthy snow on the facility pretty much wrecked pit road. It eventually had to be completely re-paved with concrete, a job costing tens of thousands of dollars.

All told, while well intentioned, adding one random Snowcross event to the schedule of a facility that was not built nor personally equipped to handle such a thing, ended up being little more than one big party whose bills continued to show up for years afterward.

The lesson? In your business, know your core product or service and stay true to it. Even (especially?) when times are slow. Know your key customers and what they come to you for and prioritize them over “side shows” and other distractions. Otherwise, you may find that chasing short-term gain might just bring you long-term pain.

And your business may get left out in the cold.

Posted in Stories From a Short Track